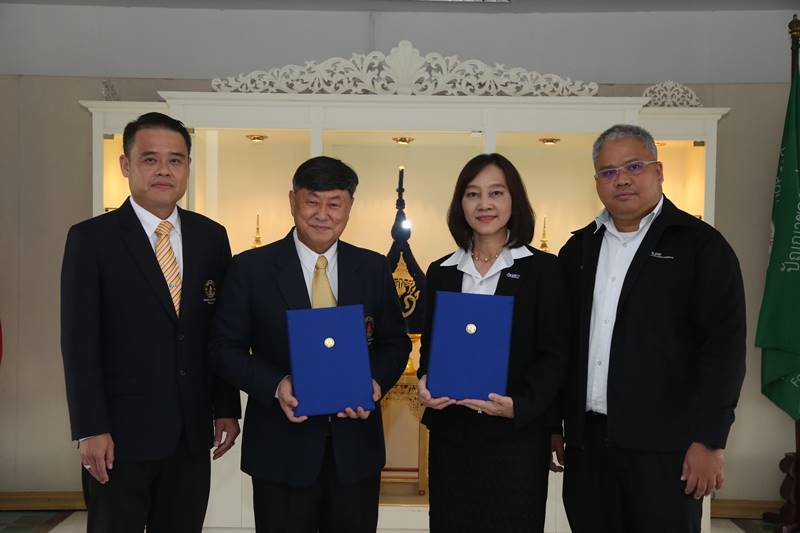 Mr. Ong-Arj Nanthakij, Provincial Office for Local Administration of Rayong stated that Rayong is a large province and is famous for tourism, agriculture and industry. There are approximately 700,000 citizens, including those who are in employment and a large number of tourists, as Rayong is home to beautiful seaside attractions and luscious fruit orchards. The growth in population has led to higher demand for consumption and higher amount of waste, with a tendency for gradual increase, whereby Rayong province has in place a systematic and comprehensive waste management system, as well as encourages communities to take charge of the local waste problem. The ThinkCycle Bank is a collaboration among the private sector, public sector and citizens, with the aim of adding economic value to wastes, by engaging children and schools to join in the network to systematically manage waste from the household to provincial level.

Mrs. Warawan Tippawanich, Senior Vice President – Corporate Affairs, PTT Global Chemical PCL or GC stated that GC is a leader in chemical innovation to enhance the quality of lives with the determination to operate the business sustainably with the adaptation of the Circular Economy concept that places significance on effective use of resources, encouraging the active reuse of resources to minimize environmental impact. The Company has executed the Upcycling the Oceans, Thailand and Upcycling Plastic Waste Projects that focus on bringing marine plastic waste and plastic residue to process using the innovation to derive new products with added values to generate revenue for the community, encourage the circular economy and solve waste problems in Thailand. Recently, the Company collaborated with Mahidol University to execute the "ThinkCycle Bank", a project that aims to improve waste management from the origin; households and schools, starting from 12 pioneering schools in Rayong. The focus is to encourage children to be aware of the community waste problems and equip them with knowledge and understanding in the waste management system; storage, sorting and recycling for maximum benefits, allowing opportunities for children to take part in managing waste in their communities and generate income from selling recycled waste to the ThinkCycle Bank.

Associate Professor Dr. Kitikorn Jamorndusit, Vice President for Environment and Sustainable Development, Mahidol University stated that Mahidol University is well aware of the waste management problem in the communities, which is a critical environmental problem that every sector must join force to materialize clear practices, so that waste management and resource utilization are carried out most effectively. Thus, the University and GC have jointly executed the "ThinkCycle Bank" to encourage the establishment of the online recycled waste bank in schools in Rayong, with the aim of helping to set up the waste bank, provide knowledge and software to keep the database of waste quantity in a systematic manner, ultimately to develop the Recycle Bank Online Service, as a model program for other schools. Furthermore, it is expected that the success of this project can be duplicated in other educational institutes, communities, public and private sector organizations, and can be adapted for the country’s waste management system in future occasions.

Mr. Phusit Pokpalakorn, Principal of Wat Mab Chalood School stated that it was a great pleasure that Wat Mab Chalood School is one of the pioneering schools to execute the "ThinkCycle Bank" project and will be the model project for other schools in Rayong and other areas. The project features the building of knowledge base in waste management process to children, teachers and community members by encouraging them to understand how to properly separate waste and gather recycled waste from home such as plastic bottles, drink cans, metals, newspapers, etc. to sell at the waste bank. Students who bring waste to sell will have the deposit bank account book and can withdraw money, fostering the habit of saving from young age as well as an awareness in environmental consciousness as they will be the major champion in community development in the future. 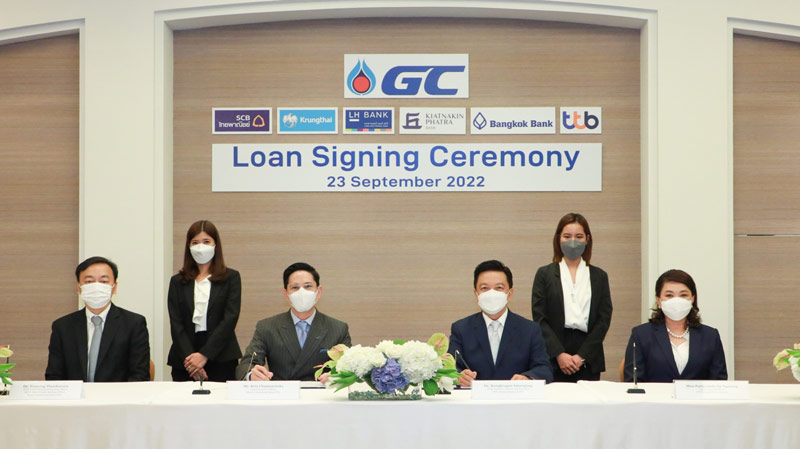