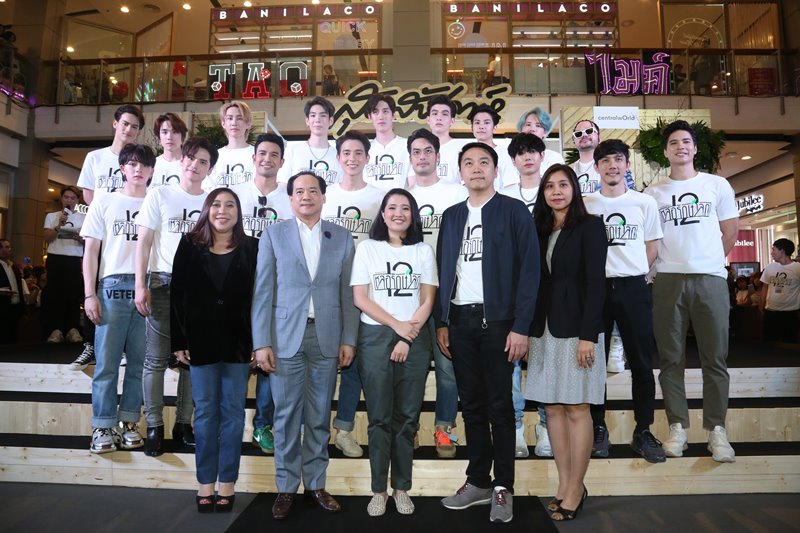 With Sudsapda’s 12th Khon Lor Kor Tum Dee project that Sudsapda, a teenage fashion and lifestyle magazine gathered 19 male actors and vocalists to take on the “handsomeness saves the world” mission that will change the world for the better.

On February 26, 2019 at the press conference marking the project’s launch, PTT Global Chemical Public Company Limited or GC brought along special edition “handsomeness saves the world” T-shirts that are made from plastic bottles in support of Sudsapda’s 12th Khon Lor Kor Tum Dee. All proceeds from the T-shirt sales will be funding all the green missions that the 19 talents will complete throughout this year.

Besides getting merits, this project also aims to raise an awareness on resource efficiency because of how the T-shirts are transformed from leftover plastic bottles. Each T-shirt is made from 10 plastic bottles. This is an example of how plastic waste’s life cycle can be renewed once again.

One of the 19 talents that has been working alongside GC since the beginning of the “Upcycling the Oceans, Thailand” campaign (https://www.facebook.com/Upcyclingtheoceansthailand/) is Jirayu “James” Tangsrisuk, or James Ji. This year he will participate in one of the “handsomeness saves the world” missions in hope to raisel an awareness on waste management to Thai youths with the ThinkCycle Bank project, which is the project originally initiated by GC and Mahidol University since 2018.

The project adapted the principles of Circular Economy that GC upholds in their business strategy into encouraging students in Rayong schools to learn to apply the Circular Economy principles into their daily lives, including instilling waste management habit and promoting Thai youths to have more income from bringing in plastic waste to the project’s bank in return for money. James Ji added that having an opportunity to complete this mission with the GC’s ThinkCycle Bank project is for good cause to be a part of promoting eco-friendly lifestyle to Thai youths and community. They will be able to adapt the recycle concept into their daily lives and to know of the value of resource efficiency.

The ThinkCycle Bank project is the pilot project launched in Rayong that GC aims to build on its own motto of chemical that reaches every happiness by creating happiness through a better, more sustainable way of living, promoting the Circular Living lifestyle that highlights on resource efficiency and producing least waste. Moreover, GC still aims to continue various goodwill projects to encourage every sector to invite people to change their behaviors towards single-use plastic, aiming to create the true lifestyle that changes the world. 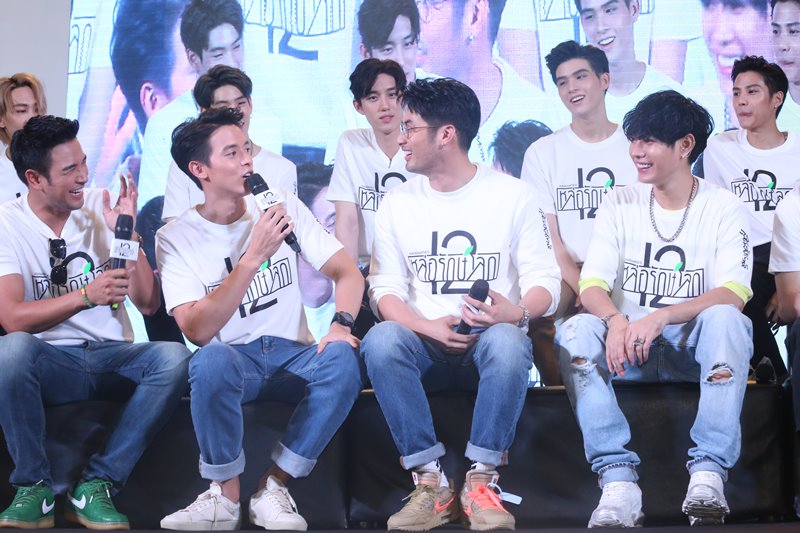 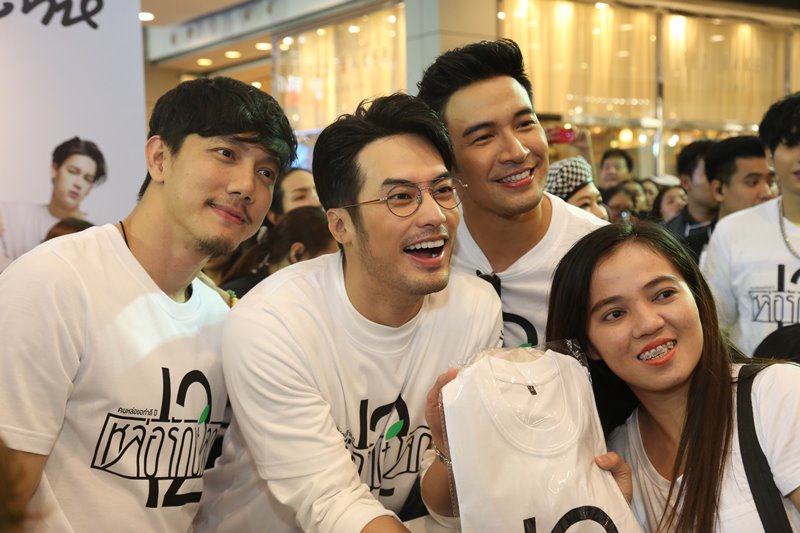 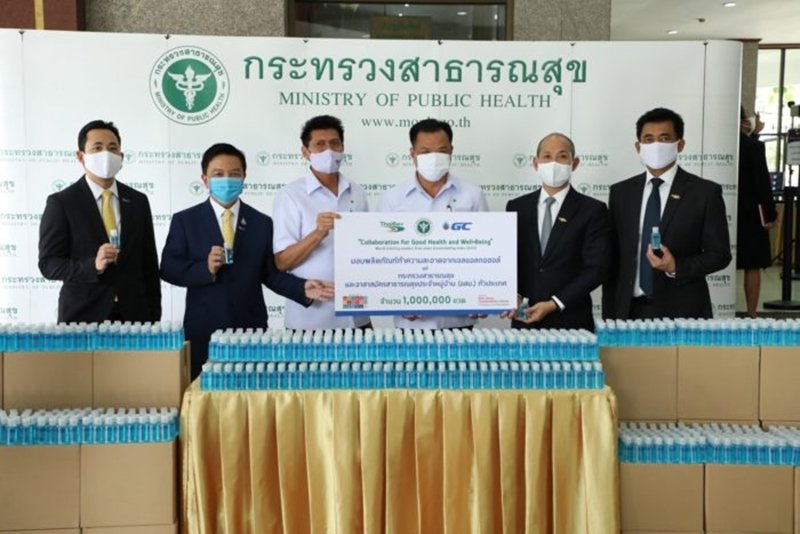 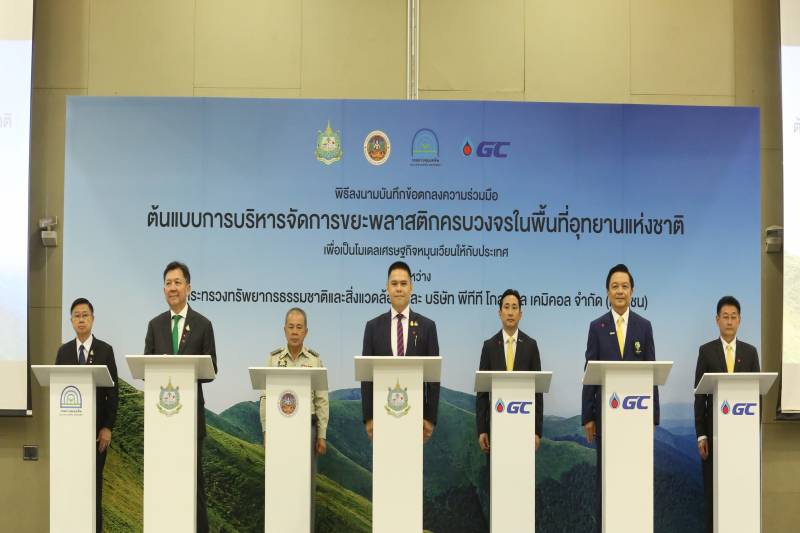 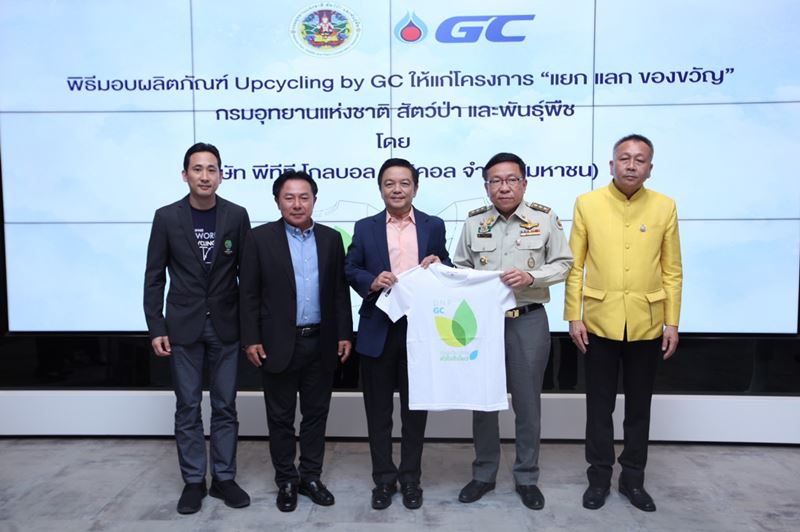 GC and the Department of National Parks, Wildlife and Plant Conservation join together to support the Circular Economy and give away T-shirts from Upcycling by GC as a gifts to tourists