GC takes the lead in waste management in Bangkachao, the lung of Bangkok.

GC, the team leader of the waste management working group under the “Our Khung Bangkachao’ project and Wat Chak Daeng joined together to make the temple a pilot location for effective waste management. The outcome will result in a decrease in the quantity of waste, while the discarded plastic will be transformed into ‘recycled monk’s robes.’

A ‘pig’s stomach’ doesn’t signify a tasty dish but a strategic location on the outskirts of Bangkok. This place is not well-known but recognized as the green lung of Bangkok. The pig’s stomach refers to its shape, and the site has been an old Mon community since the reign of King Taksin. In 2018, the Chaipattana Foundation established the ‘OUR Khung Bangkachao’ project fulfilling the royal wish of His Majesty King Bhumibol Adulyadej The Great who presided over the opening ceremony of the ‘Khlong Lad Pho’ Floodgate project along with the Bhumibol 1 – Bhumibol 2 Bridge across the Chao Phraya River which took place on 24 November 2010. This eventually made the Khung Bangkachao area in the Samut Prakan more popular, including the Bang Nampueng floating market, the ancient community market of Phra Pradang district. 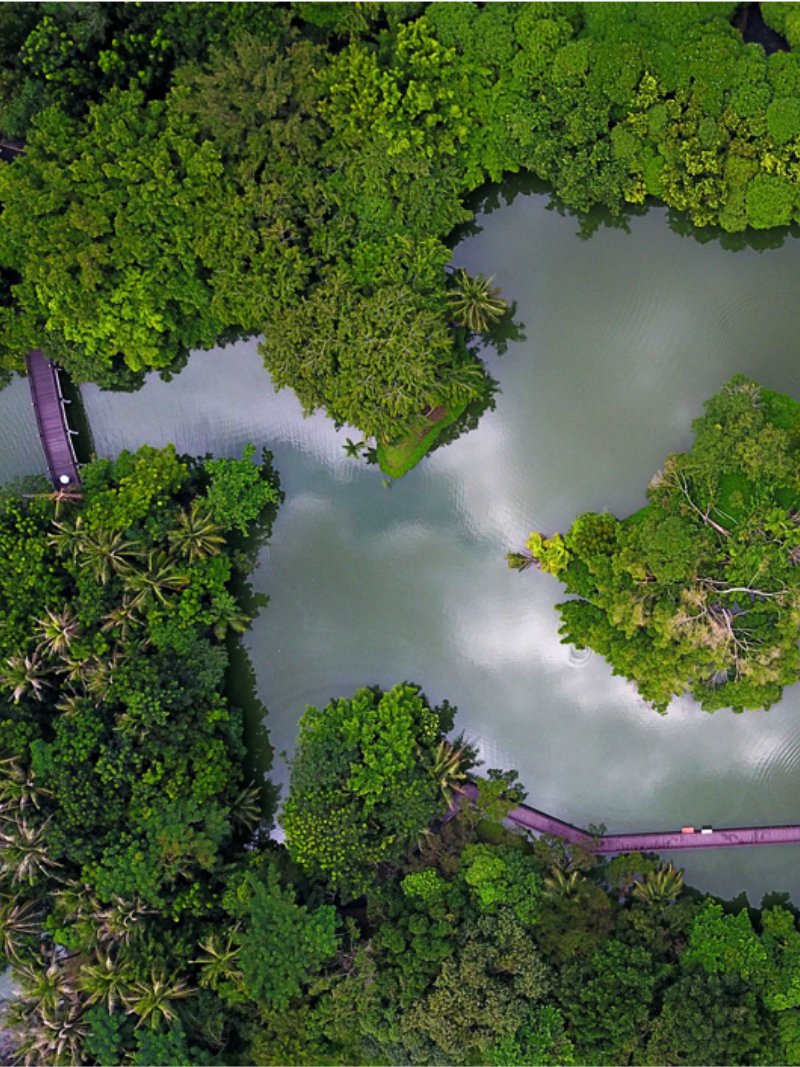 The Chaipattana Foundation further supports Her Royal Highness Princess Maha Chakri Sirindhorn. The foundation is working hard to support Khung Bangkachao, a green area located at a river bend, through a collaborative project involving the public and private sectors and the local community to help their way of life. The 34 organizations collaborating in this initiative includes GC.

Within a five-year project period, the ‘OUR Khung Bangkachao’ project aims to develop this green area to make the Khung Bangkachao community stronger, eco-friendly and sustainable by focusing on the environment, economy, society and culture. The project also aims to improve the quality of life and the environmental well-being of the Khung Bangkachao community serving as a template for other green communities throughout Thailand. GC is implementing a responsible waste management approach for the project. The company developed the project’s concept and purpose and selected Wat Chak Daeng, a sacred center for Thais, Burmese and the Mon living who have part of the community for a very long time, as the pilot location for waste management.

GC and Wat Chak Daeng, led by Phra Maha Pranom, an abbot who is well-recognized as a monk-developer of Phra Pradeng, teamed up to develop a closed-loop waste management system encompassing the separation of organic waste, recyclable waste, and hazardous waste. The organic waste will be turned into organic fertilizer by Wat Chak Daeng, the hazardous waste will be handled by the subdistrict administrative organization, while the recyclable waste will be sorted by local residents who complete a training program on plastic management organized by GC, a leading company in recycling plastics, and then distributed to buyers to add value. The project is in line with the concept of GC Circular Living which supports increasing awareness of proper waste separation and management, together with promoting social engagement in using transformed products as another way to help protect natural resources.

Wat Chak Daeng is known nationally as a new attraction in Phra Pradaeng and many government agencies are interested in improving their own waste management systems. GC had earlier played a pivotal role in developing an effective waste management system resulting in a decrease in the quantity of waste together with a new product – robes for monks made of recycled plastic. Phra Pranom reportedly said that the idea was taken from Buddha’s lifetime in which monks made their own robes from shrouds which can be seen as a more ancient recycling process over 2,500 years ago. GC and its partners joined together to produce robes made from recycled PET bottles which are then upcycled into recycled fabrics before being woven into saffron robes with recycled polyester consisting of cotton and recycled anti-bacterial polyester zinc making the material breathable, soft, quick-dry, wrinkle-free, and dyed according to the monastic code. As a result, the fine quality product adheres to the Buddhist instruction to help support communities with jobs and draws a parallel with making gold from plastic waste. 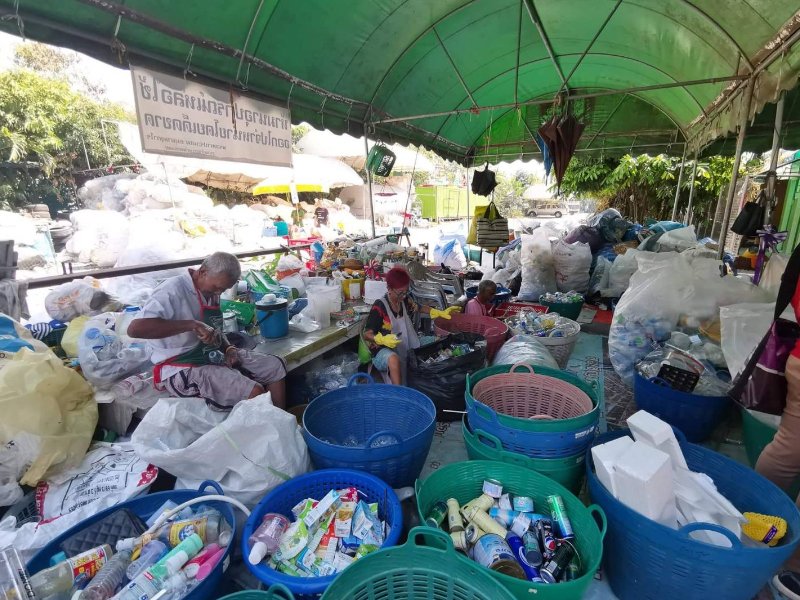 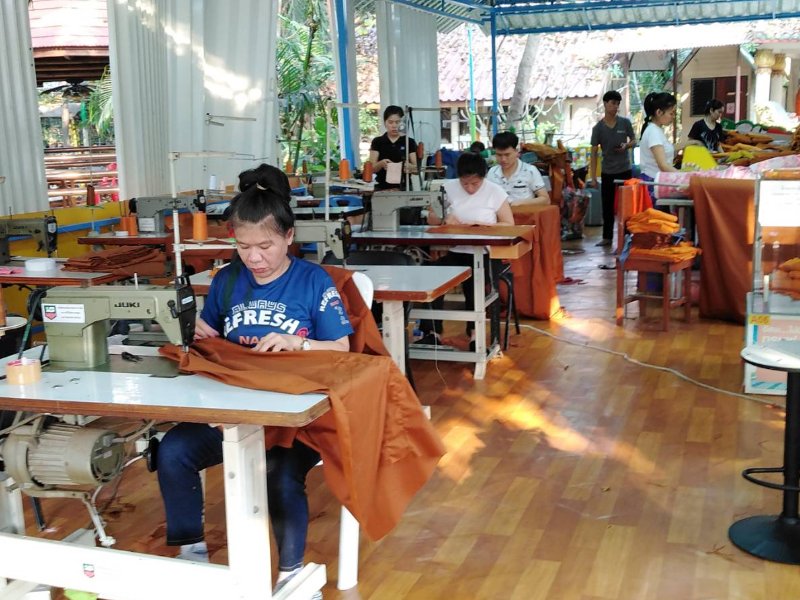 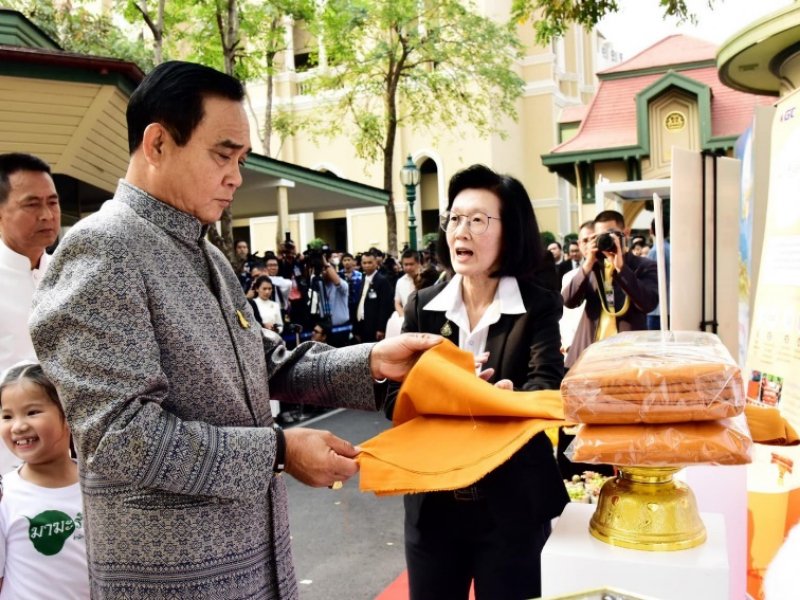 GC’s work through the ‘OUR Khung Bangkachao’ project therefore increases awareness of a closed-loop waste management system and the development of value-added products made from waste. Furthermore, GC plans to do more by boosting local incomes and promoting Khung Bangkachao as an edu-tourism destination contributing to sustainable tourism.