Supporting the local fishery and marine sustainability in Rayong

In recognizing the importance of rehabilitating marine resources, we initiated the ‘Marine and Resource Conservation along the Coastline of Rayong’ project to restore a balanced ecosystem that contributes to the sustainability of Rayong’s seas and increases incomes for the area’s long running local fisheries.

The industry sector is a key growth driver for Rayong province. However, it’s important not to overlook the local fishery which is essential to local residents and incorporates the provinces geography which includes a roughly 105 kilometer stretch of beautiful coastline.

In the past, there were plenty of fish and other marine animals in the sea. Today, Rayong is facing a significant decline due to commercial fisheries which tend to use illegal, unreported fishing tools and practices for large-scale catches, in addition to catching younger schools of fish. Furthermore, the anchors and other components of large fishing boats are destructive to the habitat of marine animals, which can have a major impact on their reproductive behavior. The deforestation of mangrove forests due to increased urbanization is also playing a crucial role in destroying natural habitats and the nursery grounds of marine animals. 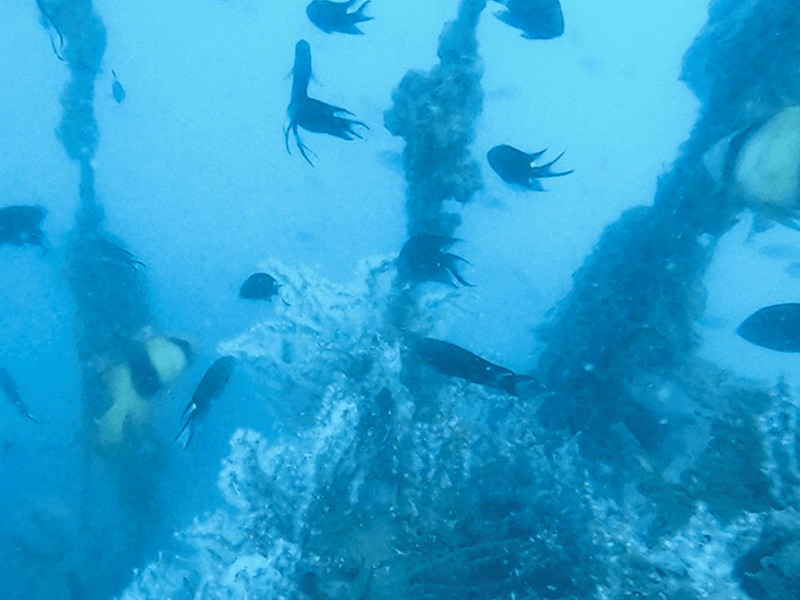 As GC recognizes the importance of rehabilitating marine resources, the ‘Marine and Resource Conservation along the Coastline of Rayong’ project was implemented to build a balanced and fertile ecosystem that supports marine sustainability in Rayong’s seas.

The project’s activities encompass multiple dimensions to achieve qualitative and quantitative results for the marine ecosystem including: 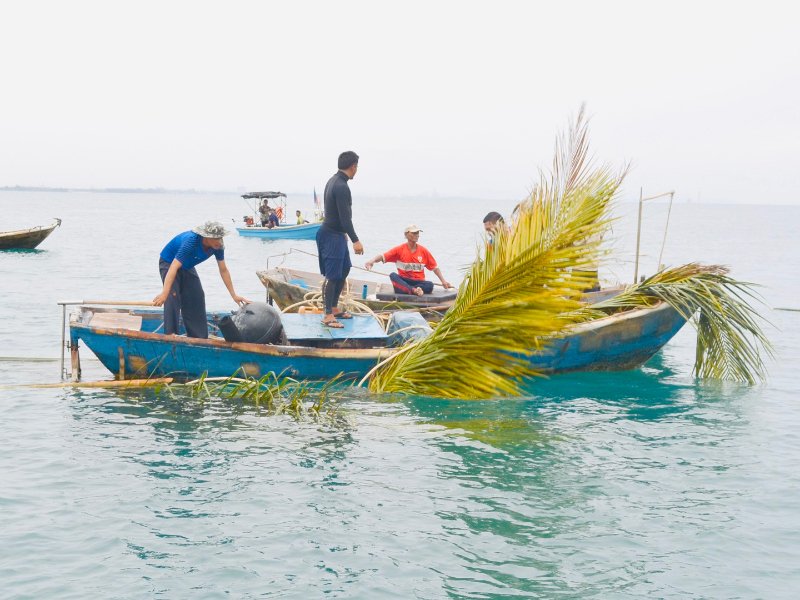 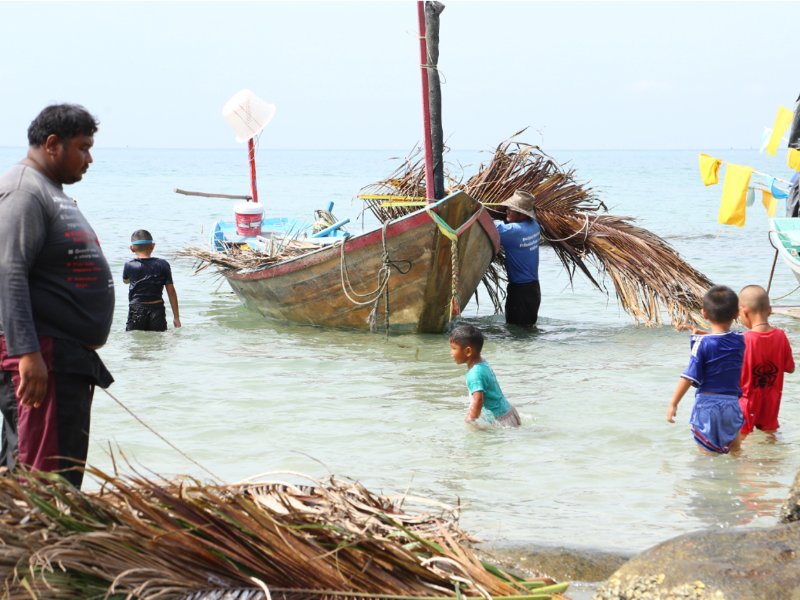 Building coastal habitats for marine animals can help improve aquatic biodiversity along the coastline of Rayong province through the use of fish traps which provide a barrier allowing a fishery conservation area. This supports the United Nations Sustainable Development Goal 14: Life Below Water. 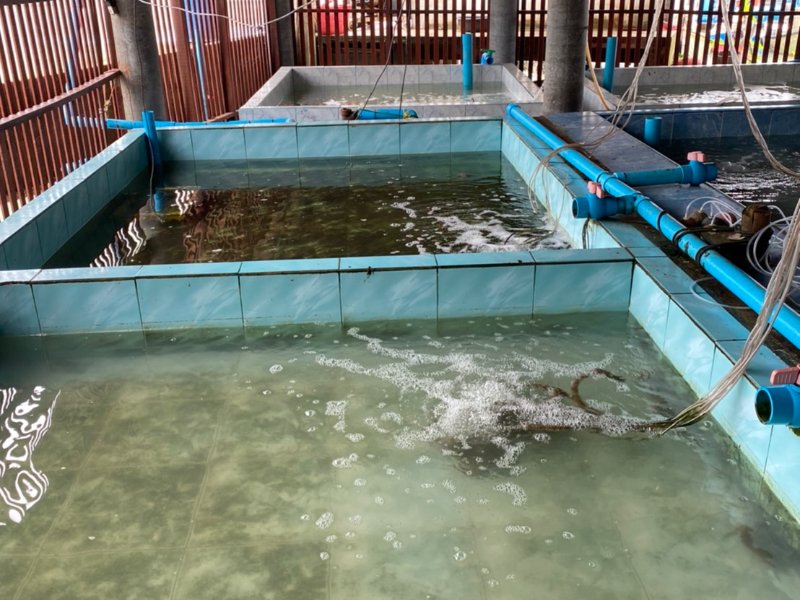 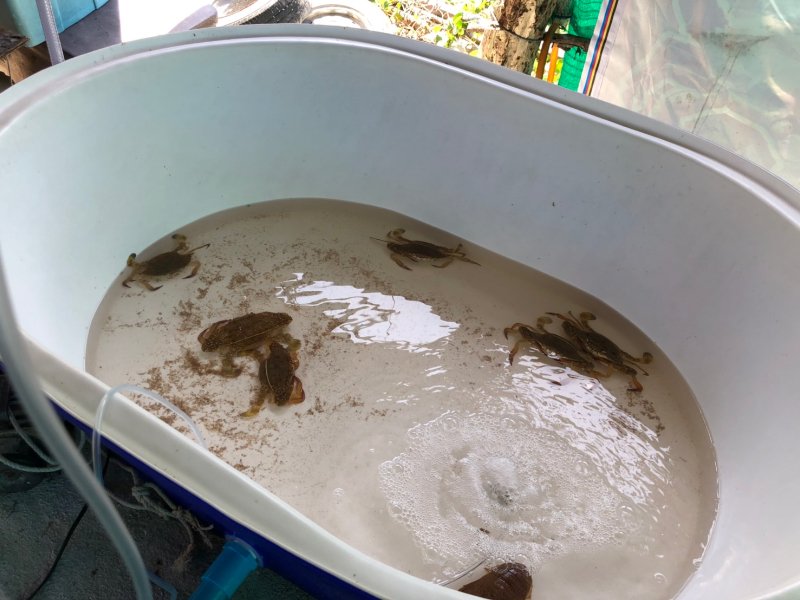 Female blue swimmer crabs are nurtured in floating baskets in a nursery pond for 1-2 days allowing them to cast their eggs from their shells. This approach increases the number of crabs through a natural growth process. Furthermore, local fishermen play a pivotal role in conserving marine species by complying with fishery closures during the spawning season.

Local fishing boats have caught an increasing number of crabs. 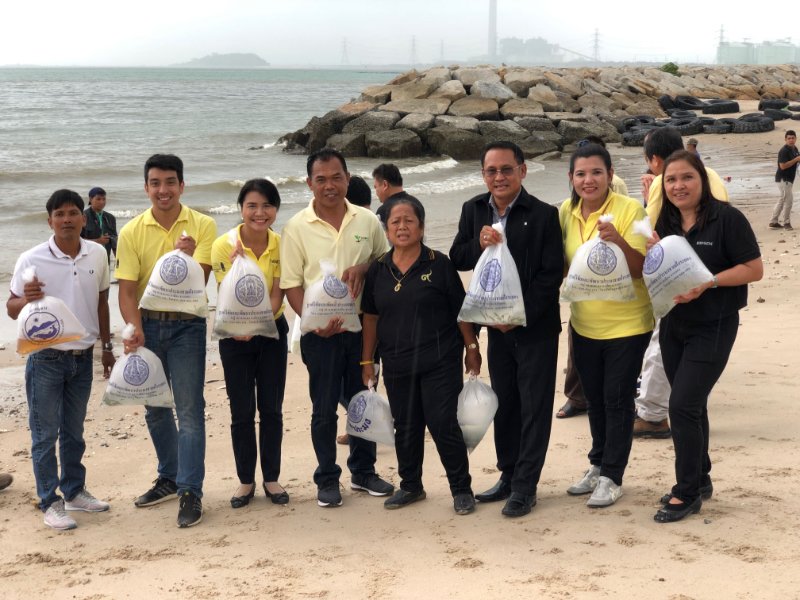 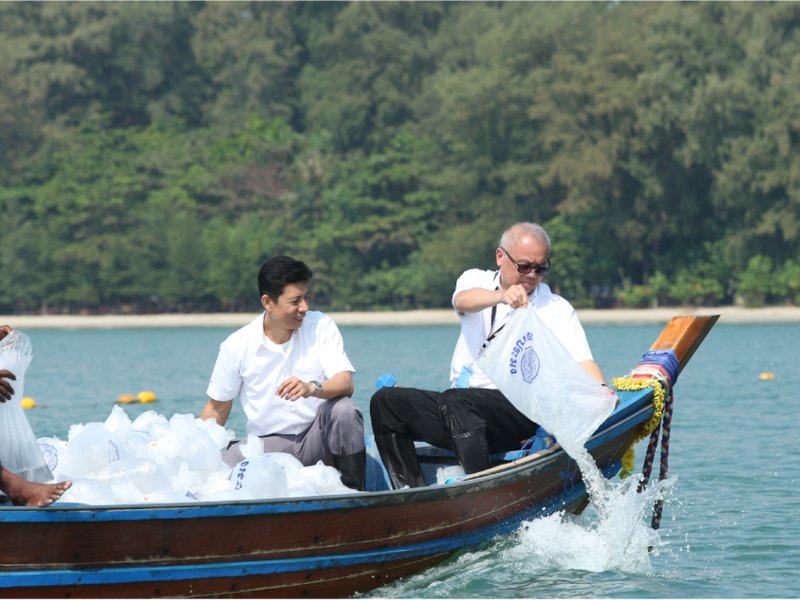 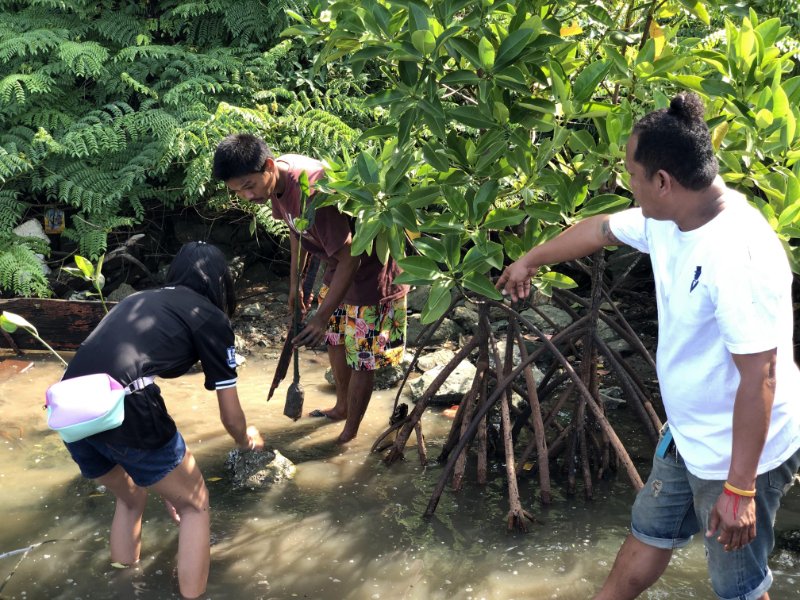 Growing mangrove trees, including spurred mangroves which are common in Rayong province, particularly along coastal mangrove forests in Ta Than and the Gon Peek estuary, for the development and conservation of coastal fishery resources. 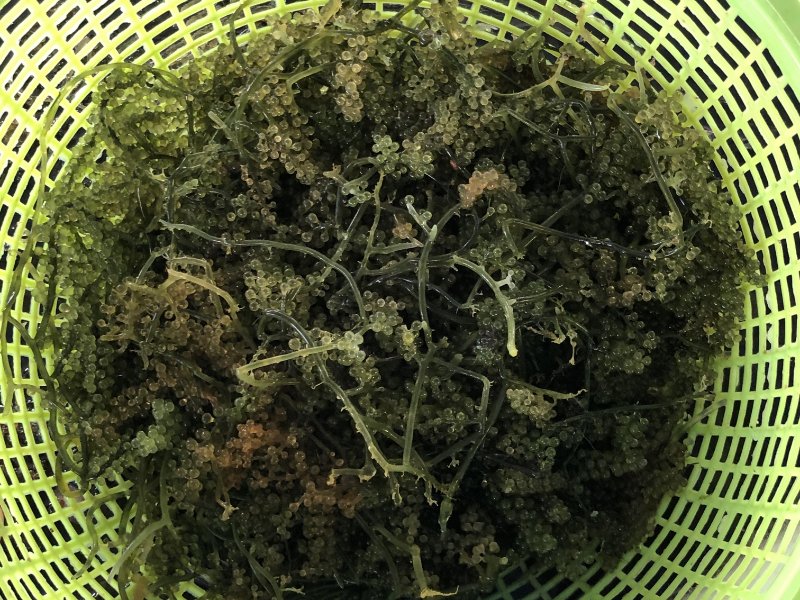 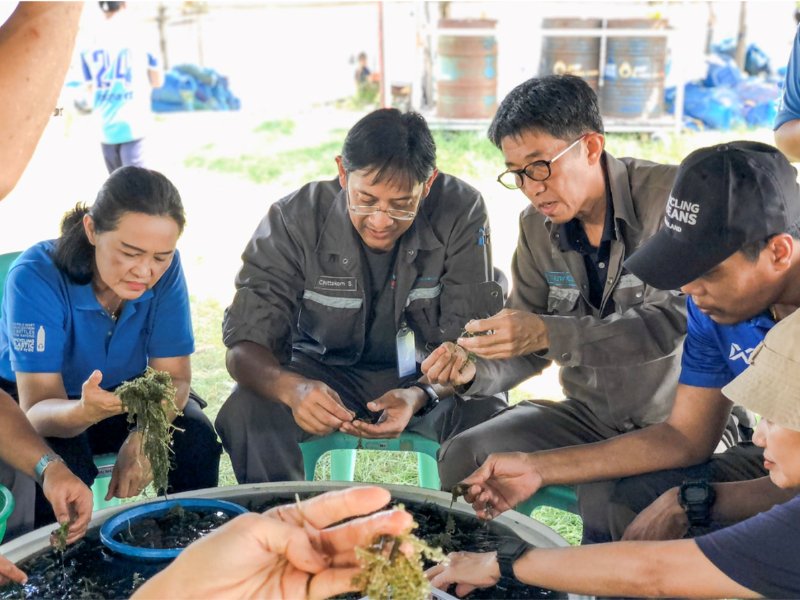 Assisting small-scale fisheries and increasing incomes for local fishermen through the farming of sea grapes which are rich in nutrients and offer health benefits. 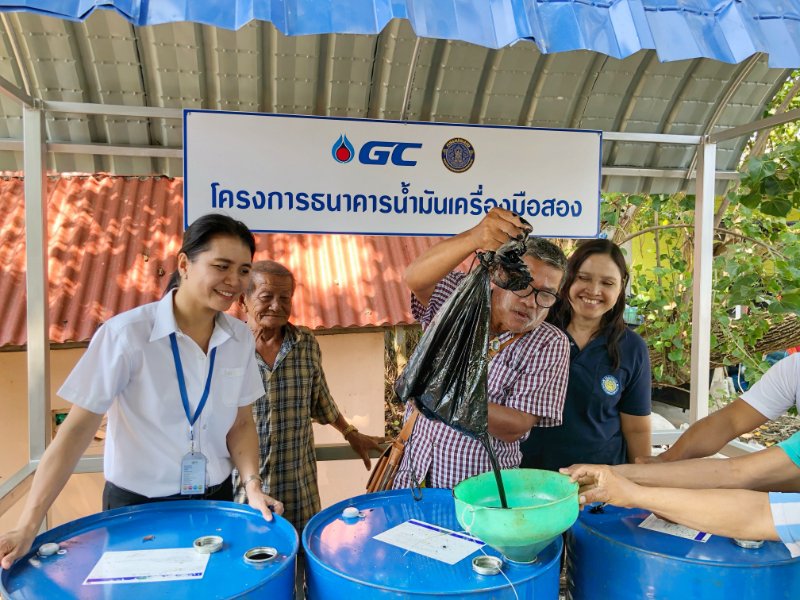 Reducing any environmental impacts caused by the inefficient management of used engine oil and generating income for the Fisheries Promotion Fund led by a local small fishing boat community in Rayong. 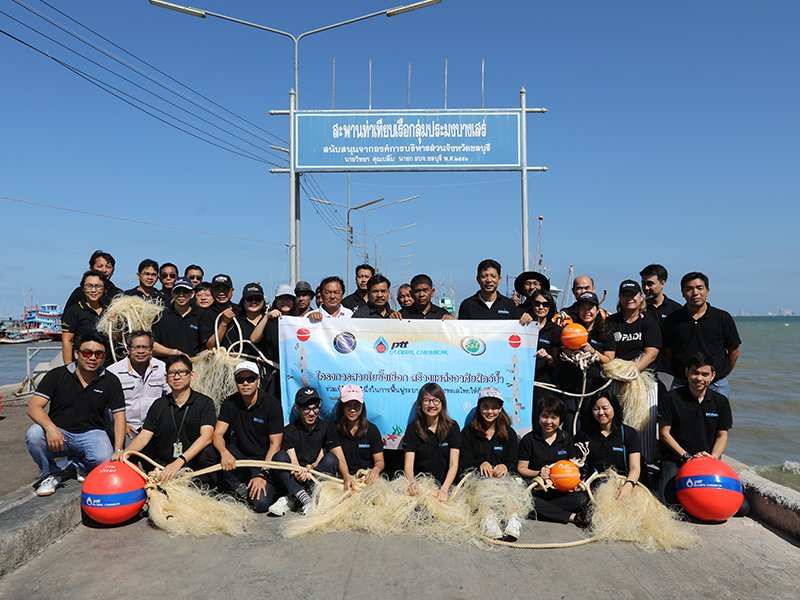 The marine environment is improving, as indicated in the increase in marine species and higher incomes for small-scale fisheries. This has created a balanced ecosystem and improved livelihoods for local fishermen.

We are delighted to help bring back the natural richness to Rayong’s seas.