Closing the circle on waste

Structural engineer and architect Arthur Huang is on a mission not only to show that one man’s trash is another man’s treasure, but to remove the concept of waste entirely. His company, Miniwiz, transforms rubbish into building blocks for new products.

In 2010, Huang and his Taiwan-based building materials solutions company made headlines with EcoArk, a nine-storey, earthquake and fire resistant exhibition building in Taipei constructed of bricks made from 1.5 million recycled plastic bottles. In the Miniwiz Trash Lab, about 70 engineers have also made furniture from sneaker soles, carpets from old clothes, and a miniature wind turbine and solar panel from electronic waste and paper that can charge smartphones.

Huang has also created Trashpresso, an 8-metre-long, solar-powered mobile upcycling plant. Plastic waste (polyethylene, high-density polyethylene, polypropylene and polystyrene) is fed into a shredder, where is it broken down into smaller pieces and cleaned. The material is then pressed into new products, such as small bricks or household items.

“Our environment is being polluted by our consumption patterns,” says Huang. “From packaging to fast fashion to car batteries, we have to actively transform all this material that’s been collecting for the past 40 or 50 years – it’s not going away, so somebody has to deal with it.”

Pollution, environmental degradation, diversity loss and climate change – it has never been more evident that the way we are living is unsustainable, and Huang is one of a growing number of scientists, educators and environmentalists embracing the concept of the circular economy. Looking beyond the current model of take, make, and throw away, the circular economy redefines our understanding of growth, building natural, economic and social wealth for the betterment of people and the planet.

Instead of being an afterthought, the polluting effects of industry – at all levels, from individual to global – are designed into the system so that waste is designed out. Products and materials are reused, recycled and upcycled, and there is a renewed focus on regenerating natural systems.

Environmental educator Lillygol Sedaghat, who is, like Huang, a National Geographic explorer, has long been convinced that the linear economy, in which resources are turned into disposable products, is no longer sustainable. To build a zero-waste economy, she believes that people need to realize, firstly, that “they are a part of a waste system,” secondly that “they could make a difference and live a more sustainable lifestyle,” and thirdly that “our trash doesn’t disappear, it goes somewhere and affects someone.”

The statistics of where our rubbish goes are startling. In 2015, environmental engineer and National Geographic explorer Jenna Jambeck found that approximately 8.8 million tons of plastic enter the oceans each year. That “equates to about a dump truck of plastic poured into the ocean every minute,” she says.

Finding solutions to the growing catastrophe of non-degradable waste is critical, as is educating people about the scale of the problem. Which is where Trashpresso comes in. PTT Global Chemical PLC, known as GC, recently partnered with Miniwiz to encourage circular economy-led lifestyles, including the recycling and upcycling of plastic, in Thailand.

Launched at the GC Circular Living Symposium 2020: Tomorrow Together on 12 November 2020, the partnership aims to raise awareness of the need to strengthen waste management practices, promote the efficient use of natural resources, and boost engagement in sustainable living.

Left: Trashpresso allows people to watch trash being turned into new, useful objects, raising awareness of the problem of waste and potential solutions.

GC plans to introduce Trashpresso to the public in many areas across Thailand. The public will feed their used plastic into the machine and within minutes see it transformed into upcycled products, such as small plant pots or multipurpose boxes, which they can take home.

Thailand and Taiwan are not the only countries in which Miniwiz is making an impact. Huang took the Trashpresso to Shanghai for Earth Day 2017, as well as to London and Milan. He also took the plant to Yushu on the Tibetan Plateau, where he turned plastic waste into construction tiles, which were used to build a school.

It was in Rome where Huang first had the idea to make building materials from waste: “the ancient Romans used rubbish to construct their beautiful, classical buildings,” he says. “These masterpieces of architecture, cut them open and there’s trash inside. My ‘Eureka!’ moment was, ‘Why can we not do that today?’”

Trashspresso may be revolutionary in its science, but its origins circle back to ancient times. Fitting for the circular economy, it is an idea that has itself been upcycled. 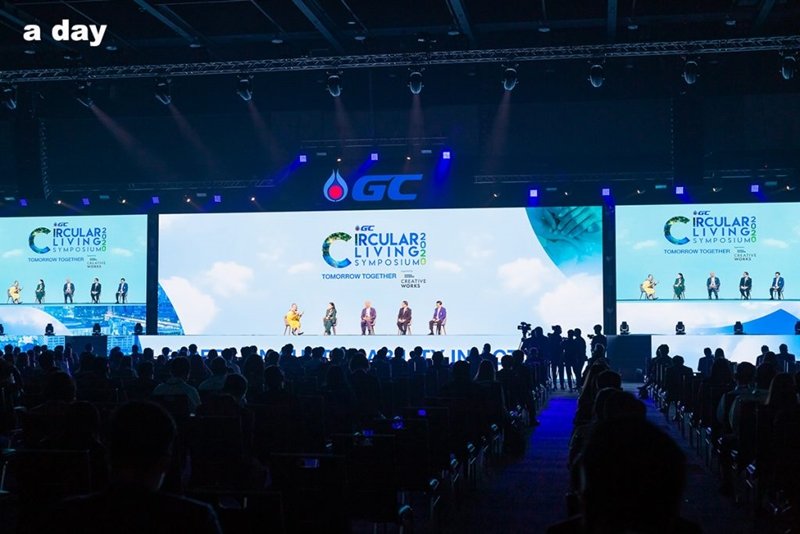 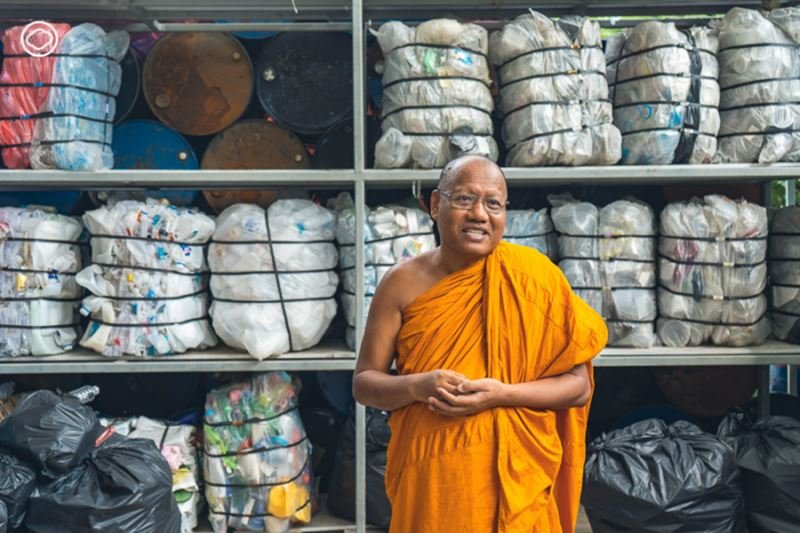 How to reduce plastic waste by upcycling to monk’s robe 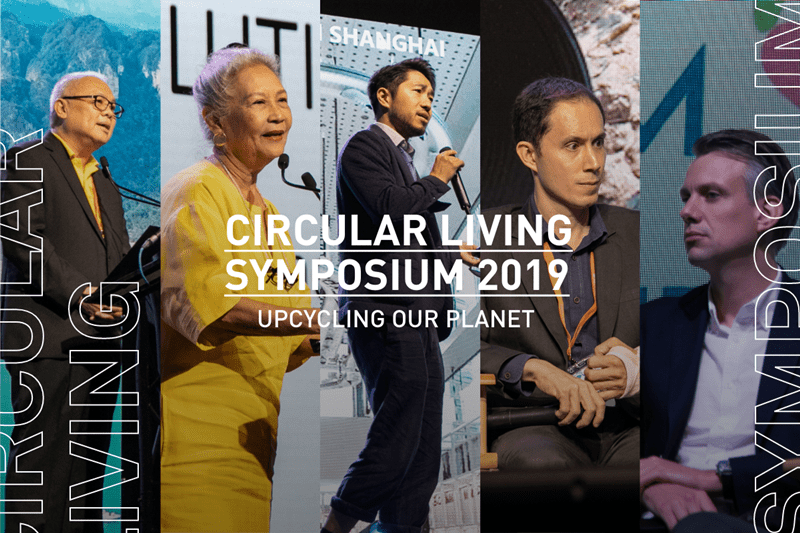